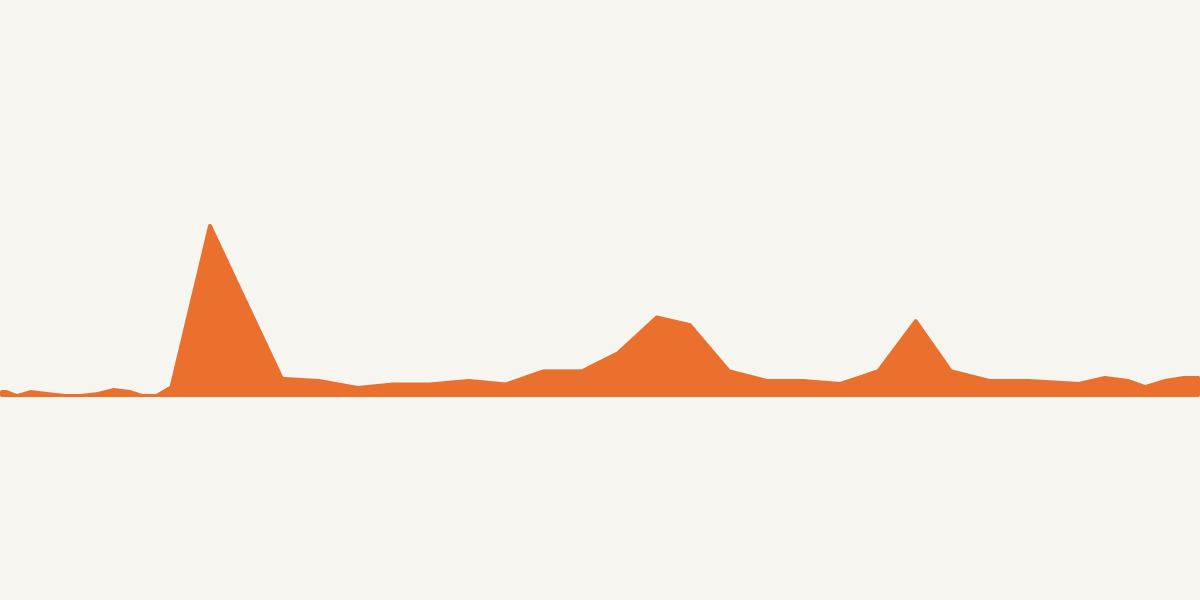 The knock-on effects of getting to the front page of Hacker News.

It’s the homepage for the tech crowd, the first thing developers and startup founders check each morning, the place for “anything that gratifies one's intellectual curiosity,” in the words of its FAQ.

Hacker News is a little bit of everything. Coding. Productivity. Startups. Innovation. Business. Contrarian takes on popular ideas. Random stories about how something was invented or, perhaps, an intricate heist. Anything that’ll stir your curiosity, let you step away feeling like you learned something, that you didn’t just waste a half-hour on the internet.

A few hours on the Hacker News homepage can turn into 30,000 or more visitors over the next few weeks, as your post gets reshared around the web.

It all started when I was searching for a document—and stumbled upon old notes from nearly a decade ago, things I’d written down in a then-popular notes app then long forgotten. That, together with some other ideas, gave me the idea to write Notes apps are where ideas go to die. “And that’s ok,” I added to the title as an afterthought.

Perhaps it was the unconventional title or the contrarian take on notes apps and productivity. But something clicked, and it blew up on Hacker News. First a few votes and comments, before inching its way from the bottom to near the top of Hacker News for the next few hours.

But by then, it wasn’t just Hacker News sending readers. A Bloomberg opinion column linked to it. Nearly a hundred people Tweeted the article. Then a week and a half later, it got linked in a Morning Brew newsletter (bringing 7,000 readers), followed by a mention the next weekend in a Guardian column (for another 1,500 or so readers). From there, people who read those publications shared it further, and over the following weeks it popped up in WordPress blogs and Substack newsletters, even showing up in Flipboard for a while. Each time, the article didn’t “make the news,” per se, but it got included along with a collection of other “interesting” reads. And that was enough to bring in as many readers as a day on Hacker News did.

Hacker News got my article in front of the people who share stuff. That’s the true value of ranking on Hacker News.

And then came the Halo Effect, of sorts, where other things on that page got more readers, too. What you shouldn’t write (the article featured first on the left, in a list of two featured articles) got a 1% clickthrough rate, while A content marketing thesis (the second featured article) got a 0.5% clickthrough rate. Another 1% or so signed up for the email newsletter featured on the bottom of the post. Over the month after showing up on Hacker News, over 30,000 people read the article—and a couple hundred linked to it from their sites.

And it can happen organically, years after your article was published, too.

I’d written a piece about command palettes on Capiche that got a bit of traction on Hacker News two years ago—nothing that exciting, though, and our built-in audience shared the piece more than Hacker News. It was popular enough, in a slowly-but-surely way.

Then last October, Superhuman engineer Tim Boucher wrote an article about how to build a command palette that referenced my article. Several weeks later, someone read the article—perhaps on their own, perhaps after seeing it referenced somewhere else—and shared it to Hacker News again. This time, the stars aligned, and it got 321 upvotes (enough to hover on the homepage for a few hours) and pages of comments.

That led to a flood of Tweets sharing the article, mentions in newsletters and smaller personal blogs, a feature in the design-focused Lobste.rs community, and more.

It’s impossible to predict what will be the most popular of everything you publish—if anything, perhaps only 1% of your articles will be responsible for an outsized percentage of your traffic. So you publish, then on to the next thing, secretly hoping something will get discovered and shared randomly later on.

Publishing where the publishers read

Reddit calls itself “the front page of the internet.” And true enough, if you want to know what memes and videos will be shared on local TV next week, read Reddit today.

If you want to know what technology and intellectual curiosity topics will be popular next week, though, Hacker News is the site to check.

And if you can get your product or writing ranking there, you just might get new visitors from around the web.

"Wait 1-2 days and look at it first thing in the morning."

Don’t kill your darlings: What writers do with the things they cut

How to rescue your darlings