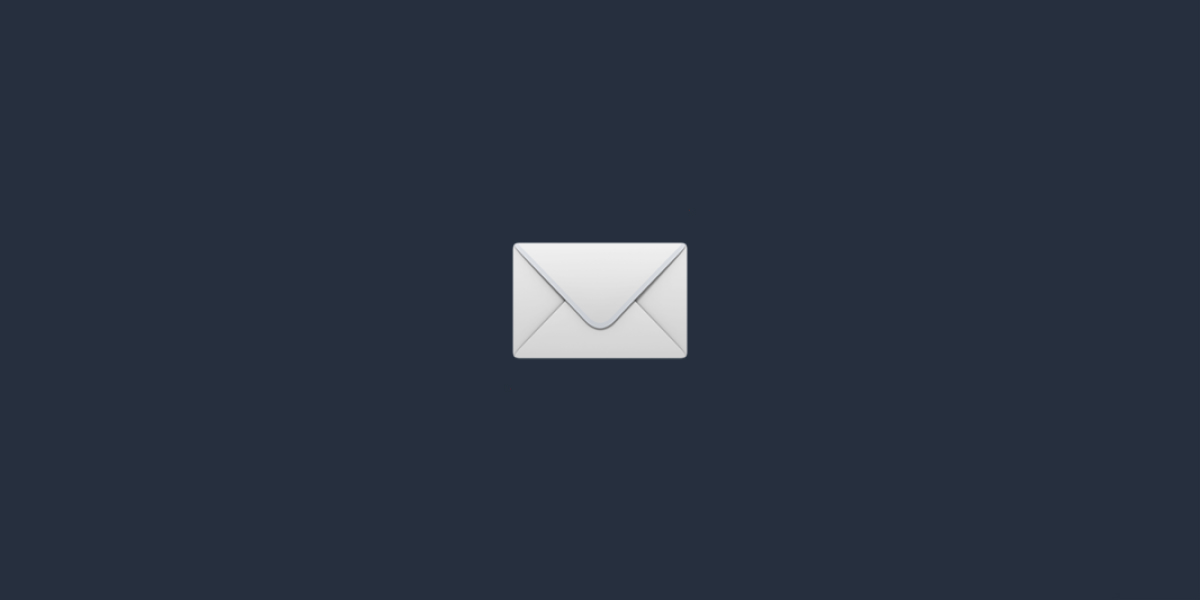 Email is the most accessible API

Somehow email brought us web 2.0's promise of interoperability and made it work for everyone.

You’d hardly expect to launch a new note-taking device in 2022 without syncing, collaboration, text recognition, integrations, or even an API in the hopes the ecosystem will build itself.

Yet Amazon did, with their Kindle Scribe. When the everything store decided their eBook reader could be a creation device, too, the only bit of interoperability they built in is email. Want to send a new PDF eBook to your shiny new Kindle in 2022? Email it to your name@kindle.com address, and it’ll show up on your device. Want to export the notes you just wrote on that eBook? You guessed it: You can email it back from Kindle to your personal email address.

It’s a kludge. It also might be the most consumer-friendly integration, the only one most people—not only techies—actually use.

Apps email us all the time. We’re used to that. Receipts, event updates, price changes, notices we’re running out of storage space. Even smart doorbells email when they need to be recharged.

Email was built for computers to communicate with humans, as much as it was for humans to message other humans. “This will be useful for the system to notify a user that some or all of his files have been backed-up,” imagined the programming team in the late 1964 MIT memo that dreamed up the original MAIL app, before they’d decided how to address their new electronic mail. (If Terminal’s ever greeted you with You have mail, that’s why—it’s that idea of “the system notifying a user,” alive on your Mac a half-century after it was conceived.)

Why not take the power back, and reply, emailing your computer to tell it what to do?

That’s exactly what has become increasingly popular over the past decade.

Evernote did it in 2009 or so, adding a unique email address to every Evernote account. Instead of emailing a note to yourself, you’d email it to your Evernote email address where it’d be saved alongside the rest of your notes.

It was a weird fulfillment of the turn-of-the-century dream of interoperability around the turn of the century with web 2.0, of software and web apps that would work better together. The obvious solution there was web APIS, and true enough, they came and made web apps the B2B software standard. It’s a rare software platform today that doesn’t include an API or at least integrations with other popular tools.

But that didn’t do all that much to help individuals hack software to fit the way they worked.

Most people weren’t going to figure out how to use APIs. Sure: At their most basic APIs are links, with data tacked on, like app.com/api/?name=Bob&value=10 and so on. They shouldn’t be so complicated. And yet. Even if your average API uses OAuth 2 and expects a JSON payload … if you’re not a developer, your eyes just glossed over. If you are, you likely flashed back to the time wasted trying to get an API to work but never could figure out the correct parameters.

While email just worked. Everyone gets it. Email address, subject, message, attachment, send. That’s it. There’s nothing more to learn.

So when it started showing up in apps, it clicked. Email was the API for the rest of us.

Remember The Milk let you email tasks to your to-do list the same year Evernote started turning mail into notes. That became a standard to-do list app feature: OmniFocus, Things, Todoist, and more all include email addresses today. Same for reading apps: Instapaper and Pocket both let you email articles to save to your reading list.

OneNote matched Evernote, with its Email to OneNote (and Outlook, for years, had let you turn emails on your PC into tasks and events in a less-connected way). Dropbox, even, has an email address to send in files, piggybacking the classic idea of emailing yourself an attachment for safe keeping. Slack lets you email in messages. WordPress and Hey turn your emails into blog posts, something pioneered by Posterous when Evernote and Remember the Milk were building in email support.

On Kindle, still, the best way to send a book to your device is to email it.

And—fun fact—some of the integrations you’d expect to be powered by APIs are actually powered by email. OmniFocus and Things, still, don’t offer an API. But you can email them tasks, so at Zapier, we built Things and OmniFocus integrations around their email addresses, closing the loop to where apps are now emailing each other.

Email’s basic. Simple. Predictable. Everyone has one, everyone can receive emails from anyone else, regardless of the email app or service they use. It’s limited, for better or worse. It’s been around longer than the world wide web. If you’ve used tech at all, odds are you’ve used email. Its every con is matched with a pro.

Imagine an alternate world, where Kindle did have an API and sharing and syncing and stuff, that it worked a bit more like Dropbox, say. Then, you’d have to add the book to your Kindle app, share it with your mom, then make sure she got the notification and accepted the invite.

Back in today’s world, if you have her Kindle email, you could just email her the book. Someone who takes pride in saying they don’t know anything about tech could do it. Anyone could.

We already use email for everything. It’s your digital passport; good luck signing up for anything online without an email address. Your notes app (who among us hasn’t emailed themselves a note?) Your to-do list, like it or not (people will email you tasks, so embrace it as did HubSpot co-founder Dharmesh Shah who says “Starring email is my to-do list”).

No wonder when the RSS feed—or its popularity, at least—died, it was email newsletters that replaced it. Email's the tech that'll never die.

And along the way, email turned into the one coding language that everyone knows how to write. Why not email your apps and devices to tell them what to do?

On Accidental status symbols, and designing new ones

.com matters, only if you think it matters.

On OKRs and the art of setting unobtainable goals

In the pursuit of the impossible.