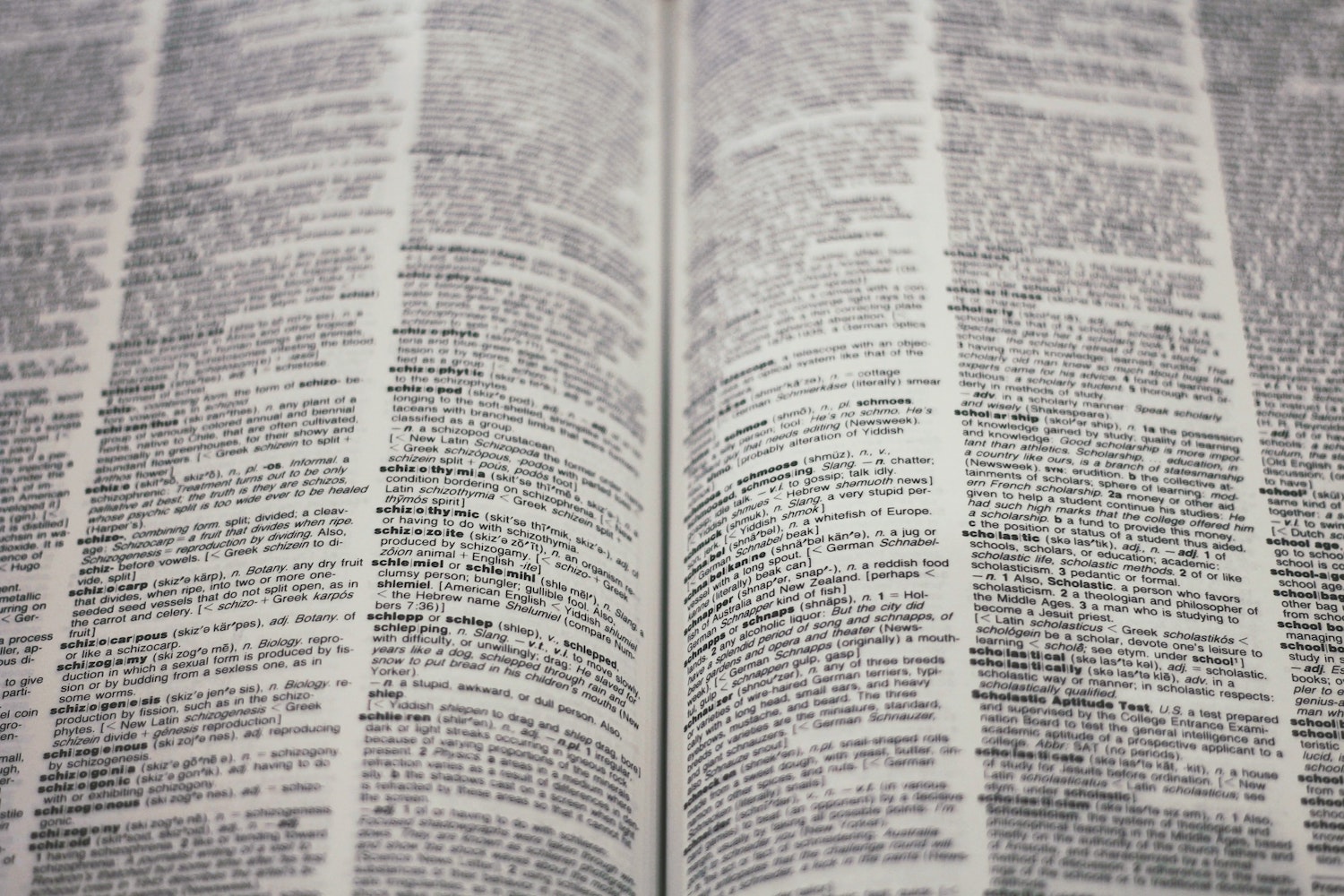 Trash the thesaurus. Dig into the dictionary instead.

You don’t need a better word. You need a refined meaning.

Have a good day!, you type, but that’s what everyone else says, and there’s got to be something better.

So you turn to the thesaurus. Have could be own, keep, maintain, utilize, occupy. Good, in turn, could be fine, quality, superb, exceptional, sterling, first-rate, and so on. Day could be twenty-four hours, but it’s also used as a stand-in for period, era, age.

Rely on a thesaurus alone, and you could end up with Occupy a first-rate era! or Maintain a fine age as your salutation. An insight, perhaps, into how automated translation can go so wrong, but hardly a helpful way to improve your emails.

Yet the idea’s still solid. You don’t want to repeat yourself. Your sentence length can vary enough to let your words sing, only to lose the effect with subpar words. You can only talk about good things so many times before your readers’ eyes glaze over.

The temptation is to look up a word in the thesaurus (or, let’s be honest, to Google thesaurus plus the word you’re looking for) and grab the longest, rarest word in the list. Something accented, vaguely French, preferably. Have a crème de la crème day, indeed.

Keep digging. The better destination is the dictionary. A description of the word in question will spark better ideas, lend a context to anchor your tweaking.

“Thesauruses are useful things, but they don’t talk about the words they list,” wrote John McPhee of the little book of words’ cardinal sin. They give you directionally similar words, but all it takes is a few steps off and your meaning falls away entirely.

Thus McPhee’s advice in Draft No. 4 to reach for the dictionary instead of the thesaurus. Or perhaps to grab a thesaurus, and use it as a guide to the dictionary, not an end until itself. “The dictionary definitions of words you are trying to replace are far more likely to help you out than a scattershot wad from a thesaurus,” said McPhee.

Dictionaries are rooted in reality, defining words based on real-world examples of usage. They’re “human document[s], constantly being compiled, proofread, and updated by actual, living, awkward people,” said Word by Word author Kory Stamper, one of those humans at Merriam-Webster who scoured history for usage examples to build out new definitions.

That’s why in the dictionary, Good isn’t just “of a favorable character or tendency,” it’s also something “that can be relied on” as in “good for another year,” or “something useful or beneficial” as in “it's no good trying.”

Step back in time with an older dictionary for even more visceral definitions, as James Somers advised in his You’re probably using the wrong dictionary essay. Good in the 1913 Webster’s that Somers recommends means “Possessing desirable qualities” and “useful; fit; excellent; admirable; commendable” and “not bad.” Understated negatives aren’t so new after all.

Keep digging. Dictionary definitions pale beside etymologies, my favorite place to explore better ways to word things. Good's etymology uncovers that it's derived from the Old English gōd (yup, the same root word as the modern word god), that it meant “having the right or desirable quality” and itself descended from the Proto-Germanic gōda meaning “fitting, suitable,” along with religious overtures of “benevolent” and “holy.” And here you realize that a blessed day and a good day both had the same meaning, a thousand years ago. Fitting.

Clearly, at some point, you have to pick a word and go on with things. But along the way, you stumbled upon things that will forever shape how you see the word you defined. And your writing will be that much better for it.

You might start wishing people an excellent day. Or you might decide to leave well enough alone. Have a good day! still might be enough, after all, now that you realize how far back good goes.

The best way to build a great product is to write the whole idea out first.

The best ways to back up your largest files

Amazon S3 vs Google Cloud vs Backblaze B2, for normal people.